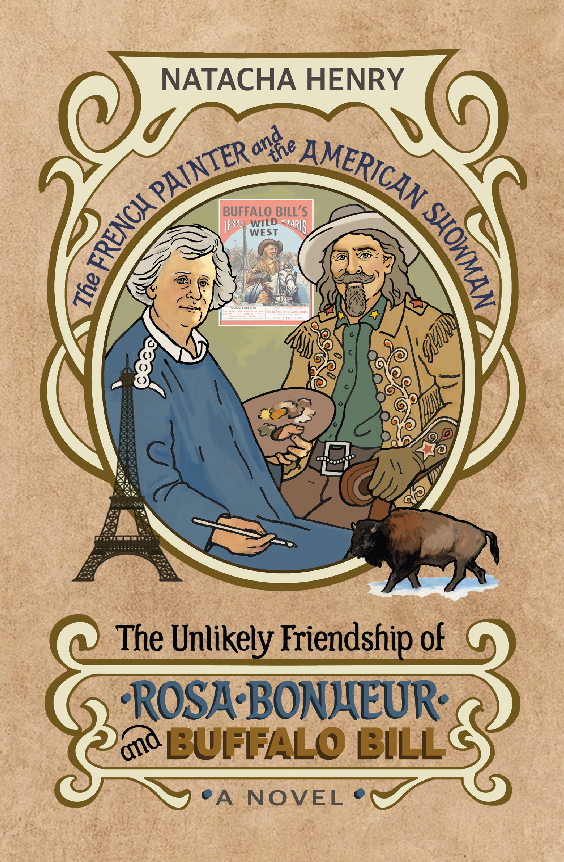 The French Painter and the American Showman

The Unlikely Friendship of Rosa Bonheur and Buffalo Bill

The true story of Rosa Bonheur and Buffalo Bill's friendship was originally published in French.

Translator: Stephen Clarke is a best-selling British author living in Paris. He has written several novels and history books including "A Thousand Years of annoying the French" and "The French Revolution and what went wrong". Stephen also writes for the stage and is an acclaimed lyricist.

The story
1889: Rosa Bonheur, France’s best-known animal painter, is living in seclusion in her chateau near Paris. One day, she reads that Buffalo Bill and his Wild West Show are coming to France.
It’s a unique opportunity: she will be able to draw real American bison and wild mustangs. She might even – if they agree – get to meet and paint portraits of Lakota Sioux.
But will the feminist artist and the buffalo hunter get along? Little by little they will find out they have more in common than they expected.
The result will be a rejuvenation in Rosa Bonheur’s art, a renewed desire to live and love, and the most famous portrait of Colonel William Cody, alias Buffalo Bill, a painting that he will cherish forever.
A meeting of the Old World and the New, this is the story of a magnificent, though highly unlikely, friendship.